"We realized really quickly there was more to the city." - Matthew Lofgren

Matthew Lofgren and his wife moved to Medicine Hat in 2010 when they both quickly found permanent positions, he in a law firm and her with the school district. After a few years, Lofgren knew he needed to convince his siblings and parents to relocate to the beautiful city, in which he was successful.

As Lofgren and his siblings grew up, they moved over 30 times while his father worked in the military. The family lived in many cities and towns in Ontario, British Columbia and Nova Scotia, but Medicine Hat is Lofgren’s favourite place to call home and is where he’s lived the longest.

“Honestly, when we first came here, we’d never heard of Medicine Hat. It was one of those places you drive through to get somewhere else. But, our first day here there was the Spectrum Sunshine Festival happening, and it was a beautiful sunny day. We realized really quickly there was more to the city,” says Lofgren.

Medicine Hat has everything they need without going to the big city and without the big city lifestyle. Lofgren and his wife don’t need to work weekends and say the work-life balance is a lot better. They often find themselves traveling the four hours to Fernie, driving the 45 minutes to Elkwater or walking onto a nearby trail in the city when they want to experience the outdoors.

“We like to snowboard and hike, and we have a nice place in Fernie, and the fact that we can afford two places is because the cost of living in Medicine Hat is so low,” says Lofgren.

When they’re not spending time in the mountains, they’re walking or biking the trails with their children and dog, or ice-skating or swimming at one of the many accessible facilities, like the Big Marble Go Centre.

“We love walking and biking with our kids on the trails. We have a dog so we love walking with her on the trails as well,” he says. “We really enjoy swimming and skating — the number of facilities we have for the size of the population is unheard of. When we go skating, we know there’ll be a free skate somewhere. There’s always something available, and it’s only ever a 10 minute drive away.”

Next were his parents. Since all three of their children were in Alberta, they made the decision to move to Medicine Hat.

“When they came here, they noticed the massive shift in the cost of living. My mom stopped working while my dad continued to work. They didn’t have to pay excessive bill prices — so they saw a quicker path to retirement. They bought a condo with a swimming pool, so they’re totally set.”

Lofgren is always telling friends and family how wonderful life is in Medicine Hat.

“I really enjoy the river valley and the fact there’s a lot of trees here in the prairies. That was really unexpected, because you drive through dryland with no irrigation or vegetation for the longest time, and then you enter Medicine Hat and you can see Cypress Hills Provincial Park in the background and all these trees. In the summer, it’s really nice." 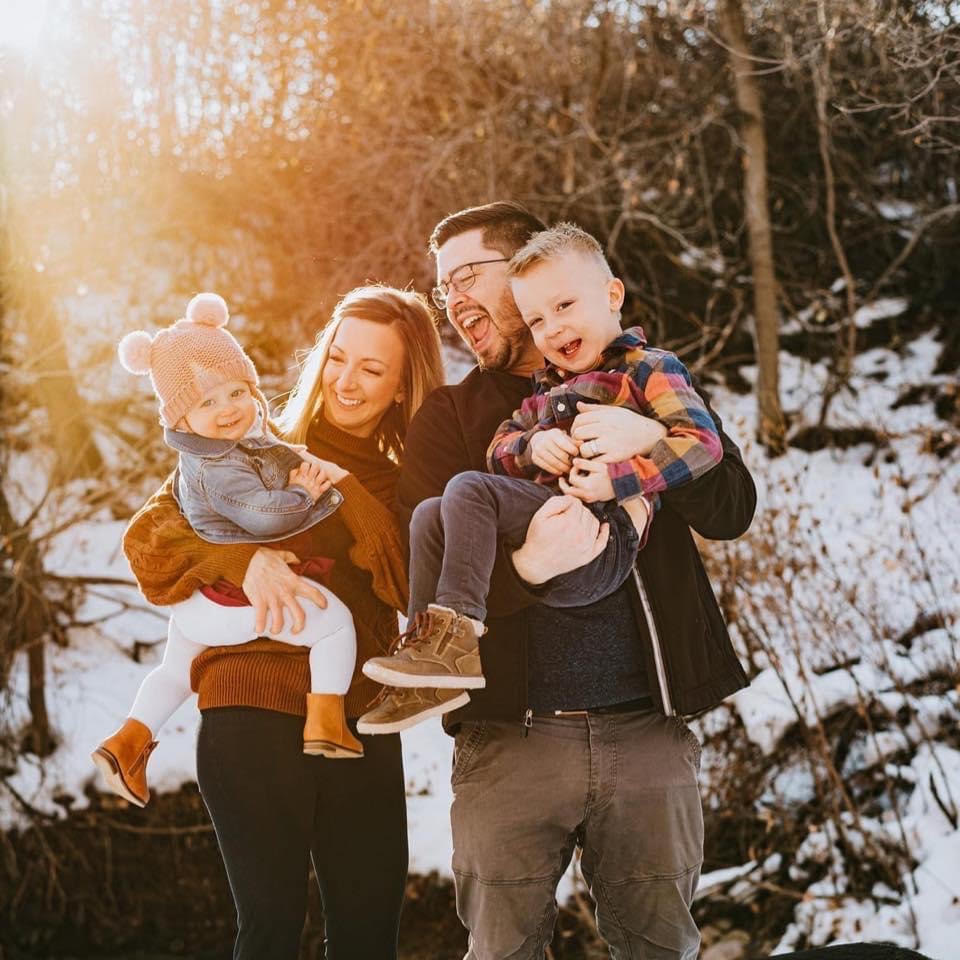 Matthew Lofgren and his family enjoy their time at one of their favourite local parks.

We love checking out a new playground every day. Whether we walk or drive, we take the dog and explore a new trail or park. The kids’ favourite place is Strathcona Island Park.

When you cross the street, someone stops for you, and when you stop for someone, you get a little wave. It’s the small things that make a big difference and it showcases the quality of people that live here.