“Medicine Hat is one of the best places I’ve lived in my whole life.” - Sourav Saha.

After working and living in multiple cities in India, Lake Louise in Banff National Park and owning two restaurants in Toronto, Sourav Saha accepted a job position in 2015 and moved from Toronto to Medicine Hat with his wife and child.

He and his family had no idea where Medicine Hat was, what it looked like or what lifestyle it would offer them, but once they arrived, their initial thoughts were that Medicine Hat would be their home for a while.

“My family and I love walking in Strathcona Island Park and by the riverside. Behind the public library, there’s a beautiful sitting spot where I’ll enjoy the view of the river and Finlay Bridge while I read my book,” he says. “Here, you have the best of both worlds with the water and the hills, and in the winter you drive 40 minutes and you have a ski hill.”

Although Saha, his wife and child moved to Medicine Hat with no other immediate family, he says the city quickly felt like home due to the nice and inviting people roaming the streets and stores.

“That’s the essence of Medicine Hat — people value people as human beings, and they really respect one another. When you cross the street, someone stops for you, and when you stop for someone, you get a little wave. It’s the small things that make a big difference and it showcases the quality of people that live here,” he says.

When Saha isn’t walking or biking the trails with his family, he is running his restaurant Rosewood Bistro. Saha had no intention of owning a restaurant when he moved, but once he explored the city he felt inspired to create a menu and offer fresh cuisine inside a historic building on North Railway Street.

He wakes early in the morning and arrives at the restaurant to prepare desserts, soups, sauces and anything else he feels they may run out of during a lunch or dinner rush. And while his guests eat, he walks around the restaurant to check in and make sure everyone is enjoying everything.

“Medicine Hat is one of the best places I’ve lived in my whole life, and I have lived in Mississauga and a lot of cities in India. I receive so many job opportunities in larger cities, but I say no, because here is where I want to stay,” says Saha.

The gophers and other wildlife in the parks weren’t the only surprise to Saha and his family when they moved to Medicine Hat, and they look forward to spending their time outside in the spring, summer and fall, and during the milder days in the winter. 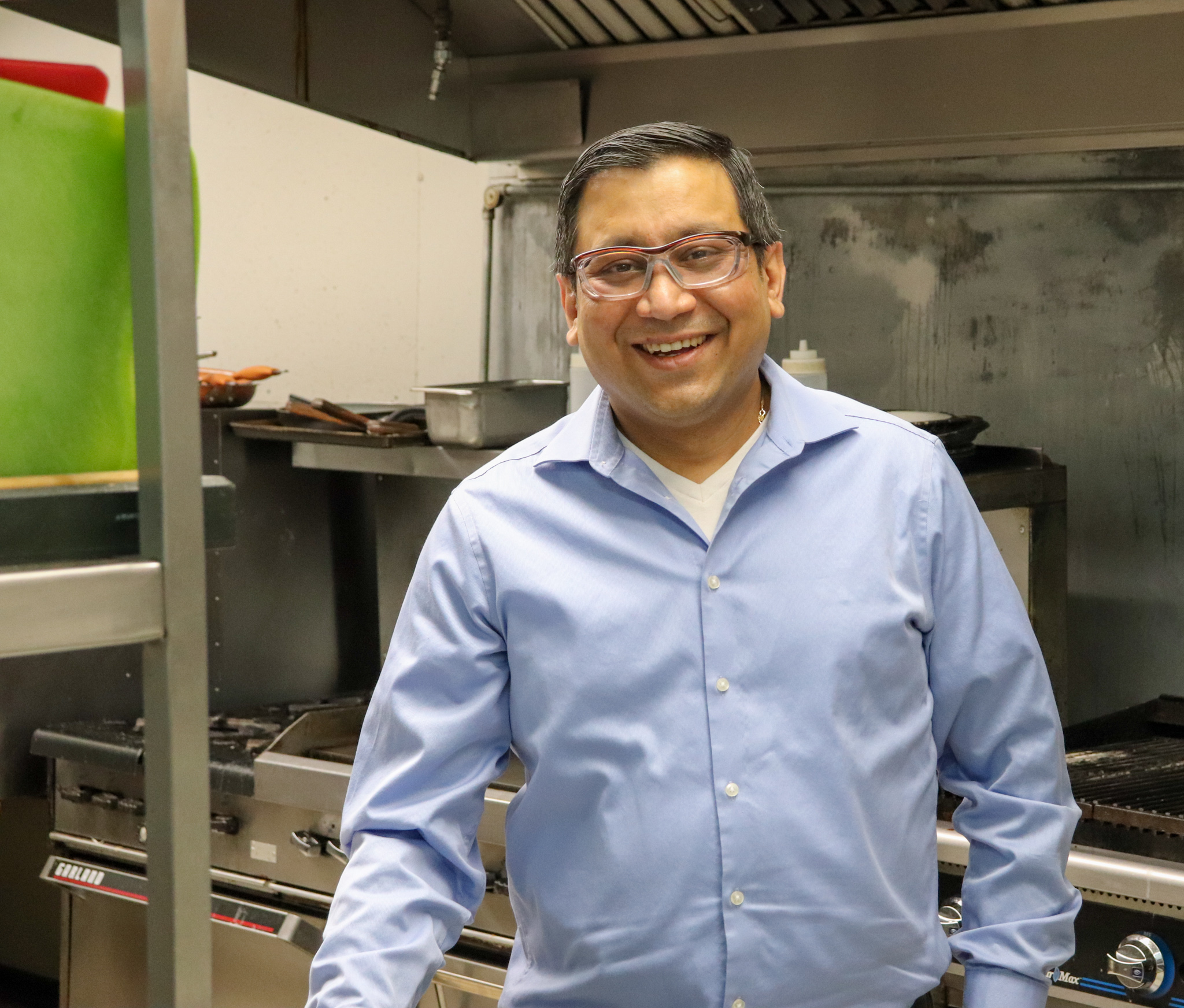 Sourav Saha stands in the kitchen inside Rosewood Bistro, an Italian and French-inspired restaurant that has vintage decor and a welcoming atmosphere. Rosewood Bistro offers a full brunch and dinner menu, created completely by Saha, with rotating specials each week.

We love checking out a new playground every day. Whether we walk or drive, we take the dog and explore a new trail or park. The kids’ favourite place is Strathcona Island Park.