When the decision to move faces us with a family, there are more boxes to check to ensure the place we pack up and move to is the right fit for not only us, but for our children as well.

“They had golf memberships last year and rode their bikes every day with their clubs on their backs. They found a way down through the coulees that took them right to the driving range. They live on the paths." - Kate Bohrn.

A bright healthy future with safe places to play was priority for many Hatters when they decided to raise their children in the city.

Originally from Ontario, Aleesha Smith and her husband raise their two daughters in Medicine Hat. She says the public library, water parks and annual events helped create life-long memories for her family.

“When they were little, there were so many options and places. We did something different every day,” says Smith, whose children are now seven and 10.

The Medicine Hat Public Library was a place her children could sing, play and watch puppet shows. It also has its children’s section with books, computers, movies and CDs, and a calendar is updated monthly for family events and activities.

A water park is chosen twice a week for Smith's children to laugh and splash in the cool water on a hot summer’s day, an activity that’s filled their summers since her children could walk.

“This place is a little safe haven. It’s a smaller city, it has a nice feel to it and it’s clean,” she says.

The pathways are what keep Kate Bohrn, her husband, three sons, ages six, 10 and 12, and two dogs experiencing in Medicine Hat.

“We’re very lucky to have a great path system in Medicine Hat, and we try to live outside as much as we can,” says Bohrn.

She encourages her children to learn their surroundings on the pathways since they don’t often intersect with traffic.

“They had golf memberships last year and rode their bikes every day with their clubs on their backs. They found a way down through the coulees that took them right to the driving range,” she says. “They live on the paths.”

Even in the winter her son bikes to school almost every day; as long as they’re bundled up, the snowy outdoors is still a place for play.

Megan Cook, born and raised Hatter, chose to stay in Medicine Hat to raise her newborn son with her husband because it’s where she enjoyed her childhood.

“I’m excited to do everything. I want to re-live my childhood with my son,” she says.

Cook says Medicine Hat is a central location to raise a family; any out-of-city experience is a three hour drive away or less.

“We’re near Calgary, Lethbridge, Swift Current and we’re two hours away from the States,” says Cook, adding that these road trips have added, and will add to her child’s, memory box. 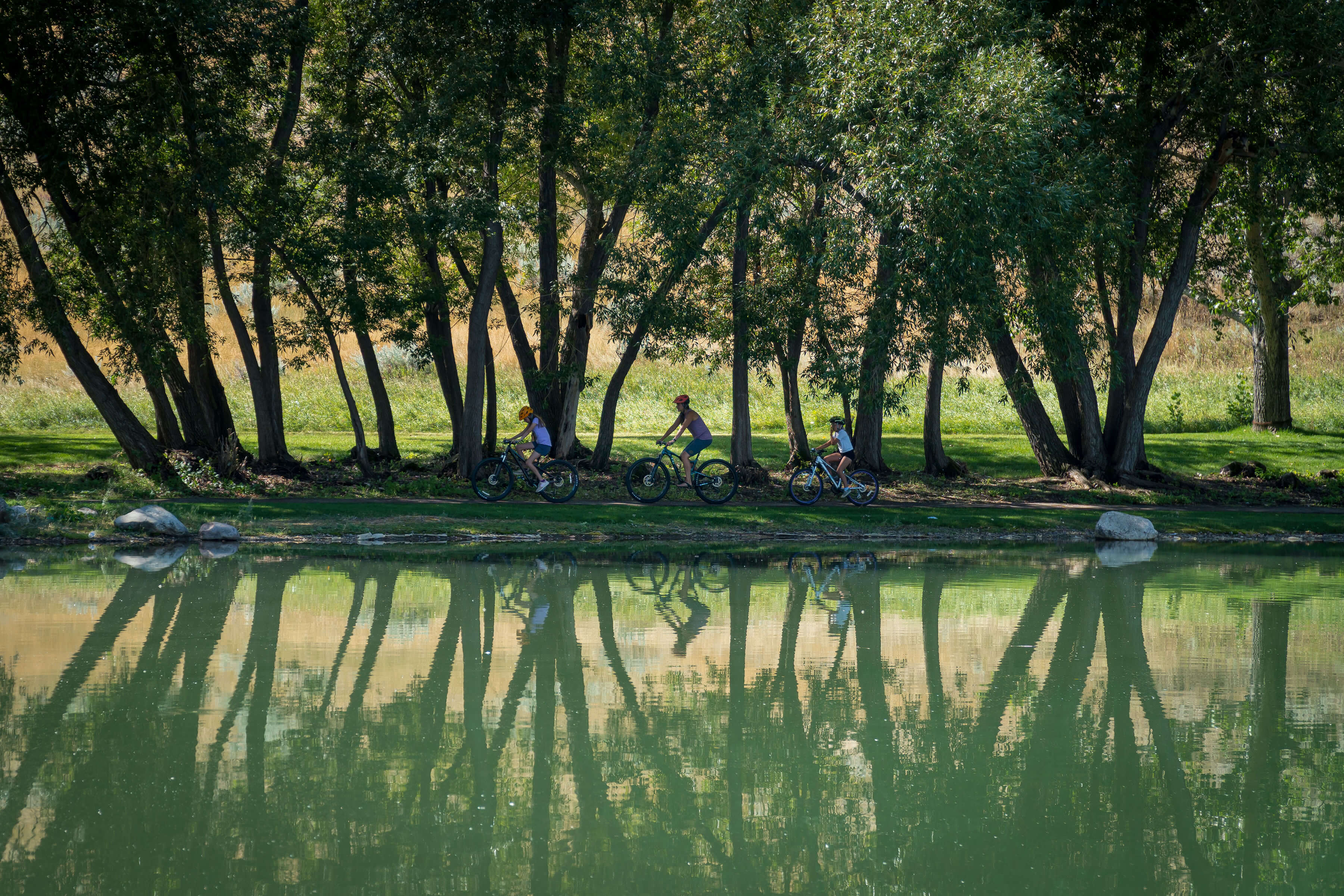 “My kids also love the parks here. There is one about six houses down from us, and then at least five other parks in the area that are within walking distance."

Murengi homeschools her children and says there is an extensive homeschooling community in the city, which is how they’ve met many other people and young families.