“You have the charm of a small town with friendly neighbours and a community that looks out for each other."- Talitha Murengi.

Talitha Murengi and her husband moved to Medicine Hat when she was newly pregnant with their baby in December 2011 to be closer to family.

Murengi says in the 10 years they’ve lived in Medicine Hat, they’ve grown immensely and have experienced many ‘firsts’ in the city, which has made it feel more like home.

“My husband, who is originally from Uthiru, Kenya, received his residency, we got married, we bought our first house and we now have four children,” she says.

Murengi homeschools her children and says there is an extensive homeschooling community in the city, which is how they’ve met many other people and young families. The parks and attending summer events are how the family likes to spend their time throughout the year. A day full of fun has the parents drinking local coffee while the kids indulge in ice-cream. They plant themselves in Echo Dale Regional Park to enjoy the sun, swimming area, park and a picnic.

“We’ve settled in really well here, and I’ve noticed it’s grown to be a more family-oriented community. We’ve really put down roots here and I look forward to raising our children in Medicine Hat."

When they visited, Red Rock Coulee, Echo Dale Regional Park, Elkwater and Lake Louise were the must-see destinations. As well as touring them around town, including the downtown, was also how they spent their time together.

“You have the charm of a small town with friendly neighbours and a community that looks out for each other with little vehicle traffic, and you have all the amenities of a big city,” she says. “It’s a mix of the city and the country.” 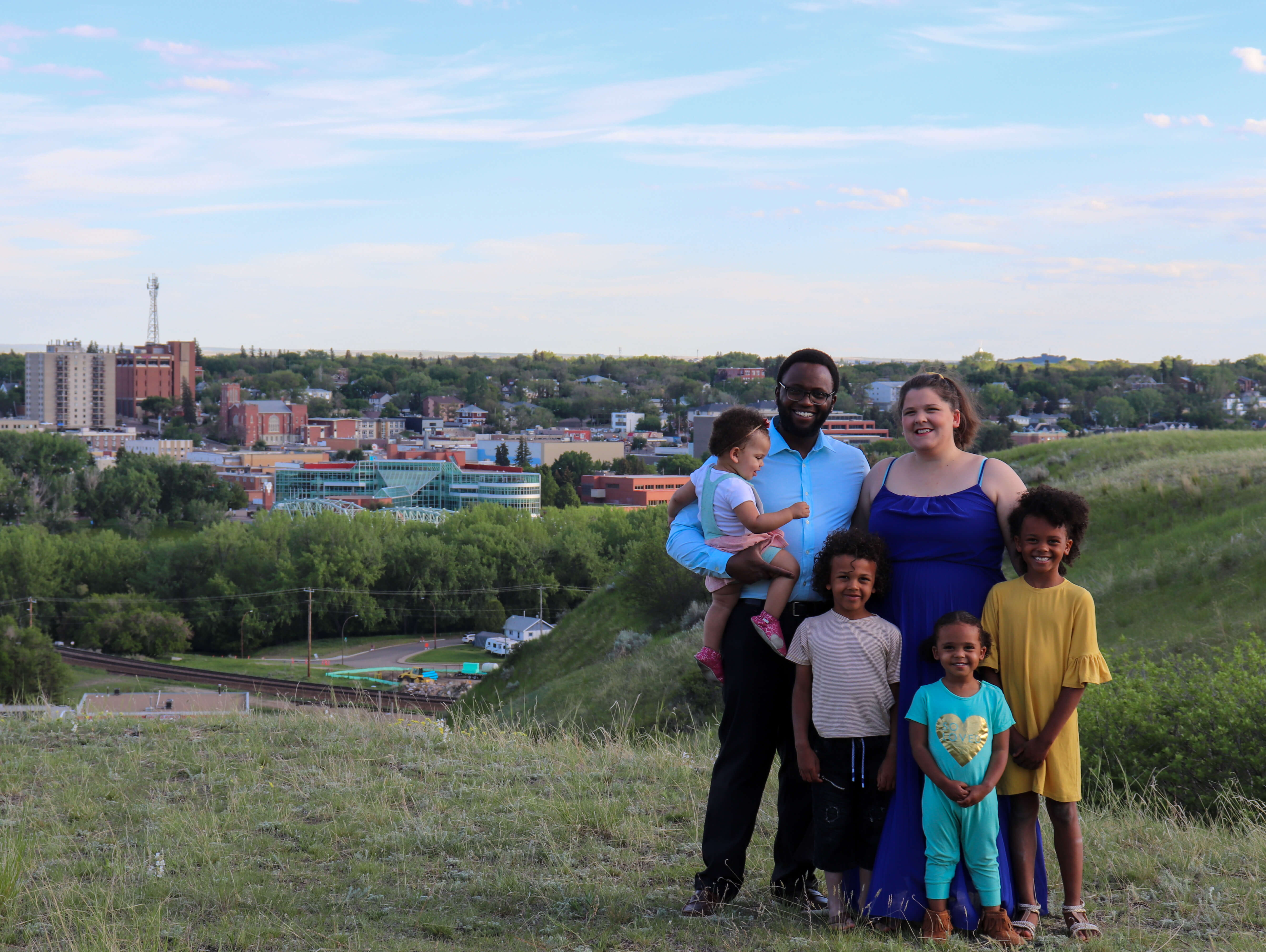 Murengi and her family enjoy the view of the city from the Crescent Heights lookout point. Medicine Hat has a handful of lookout points that pair well with evening and morning walks to watch the sunrise and sunset and city-planned celebratory fireworks.

“We love this city. From the people, to the amenities, to the recreations and the parks – it’s all here and we’re really happy to be here."