“...which gave me the opportunity to be where I am today.” - Rob Pape.

Originally from Belleville, Ont., Pape moved to Medicine Hat to work a full-time job in the oil field and travel the roads on his motorcycle. When he flew back home to visit a dear friend, he met her sister. After he and the sister talked daily for months and both felt ready, Pape's now wife, Shannon, moved to Medicine Hat for them to continue their life together.

“And that was the beginning of it all,” says Rob.

Shannon was originally the bookkeeper for the Folk Music Club. She knew Rob had a passionate background for folk music since his mother-in-law was a folk musician for her, and his, entire life. Shannon eagerly invited her husband to join the club and enjoy the genuine music scene in Medicine Hat.

Once he accepted the invite, he started to visit and then volunteered. He soon became the artistic director and has now been the executive director for six years and counting.

“Being a part of the Folk Music Festival has completely changed my life. For the first number of years, I did this as a side hobby outside of work,” says Rob. “Through my time with the music club and musicians, I now work completely in music for my day to day.”

A specific opportunity stays near to his heart that wouldn’t have been possible without his time with the folk club.

“In 2019, I was selected to participate in Canada’s music incubator for their Artist Management Program,” says Rob. “I went to Toronto and spent two months inside of Coalition Records mentoring under some of the best in the business, which gave me the opportunity to be where I am today.”

While Rob continues with the Folk Festival, his wife transferred to the Esplanade, making them both still very plugged into the arts community in Medicine Hat. 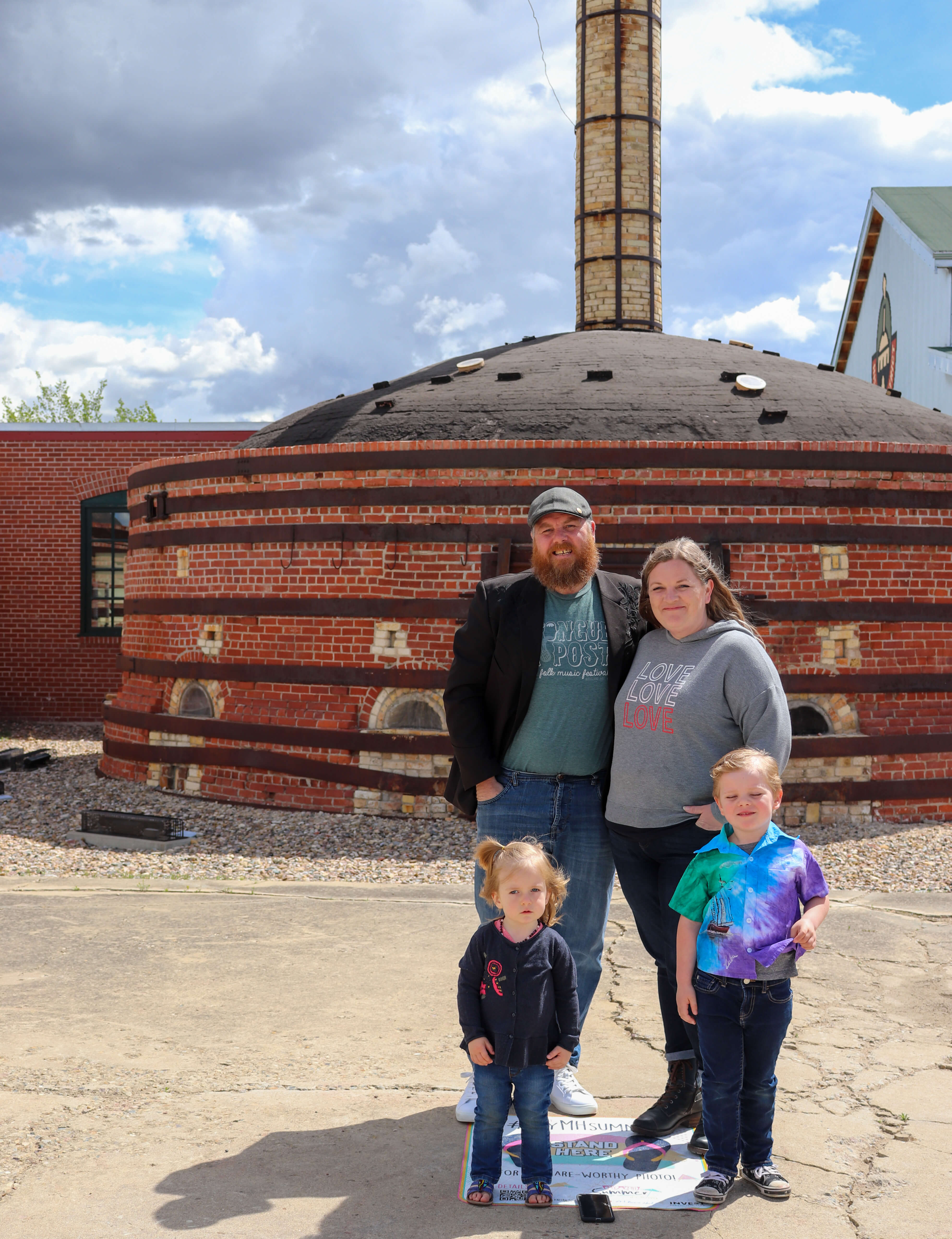 Pape and his family stand outside of Medalta Potteries, a historic landmark where Folk Music Club hosts its yearly, Tongue on the Post Festival. Medalta Potteries originally opened in 1913, and is still open for tours, events and classes.

“The speed is so much slower here and it feels like everything is in reach.”