“I’ve grown so much as a person and a young professional that established my career while making this place my home." - Allison Carroll.

Allison Carroll moved to Medicine Hat from the east coast in October 2012, to work with the school system as an occupational therapist.

She was immediately welcomed by community members and made new friends when she joined the 670 Mountain Bike Club, where she also met her current partner.

“The bike club was like a second family to me, and that is really what kept me here,” she says.

With the intention of working for a year and then moving back home to New Brunswick, Carroll finds herself nine years later living in a house she and her partner purchased in Medicine Hat.

The two often spend their days biking on city trails, where they stop downtown to browse local shops and drink freshly brewed coffee. When the mugs empty, they continue their bike ride into the evening, where they find a brewery patio and lounge in the sun.

“I think Medicine Hat is the best of everything. It has everything you could want: nice downtown feel, not too big, easy to get around and it’s so welcoming,” she says.

Carroll had no connection to Medicine Hat when she moved. It was her research that told her Medicine Hat was an inviting city full of sunshine. Her dad helped move her belongings, and nine years later she’s built herself a life in the city.

“Home is always back in New Brunswick, but now I feel I’ve really established roots here in Medicine Hat,” she says. “Buying the house really sealed the deal, and I will be a Hatter for a very long time.”

Since her move, Carroll’s grown in her professional career and has worked from paediatrics, to injured workers, to private clients and now in long-term care.

She says her entire experience in the city, and the large reason everything tied together so well for her, is because of the 670 Mountain Bike Club.

Soon after joining the club, she was asked to be secretary treasurer. She then held the position of president until fall of 2020 and now sits on the board of directors.

“I’ve grown so much as a person and a young professional that established my career while making this place my home,” she says, and adds since moving she has gotten into running, paddle-boarding and outdoor fitness, all with other like-minded groups. 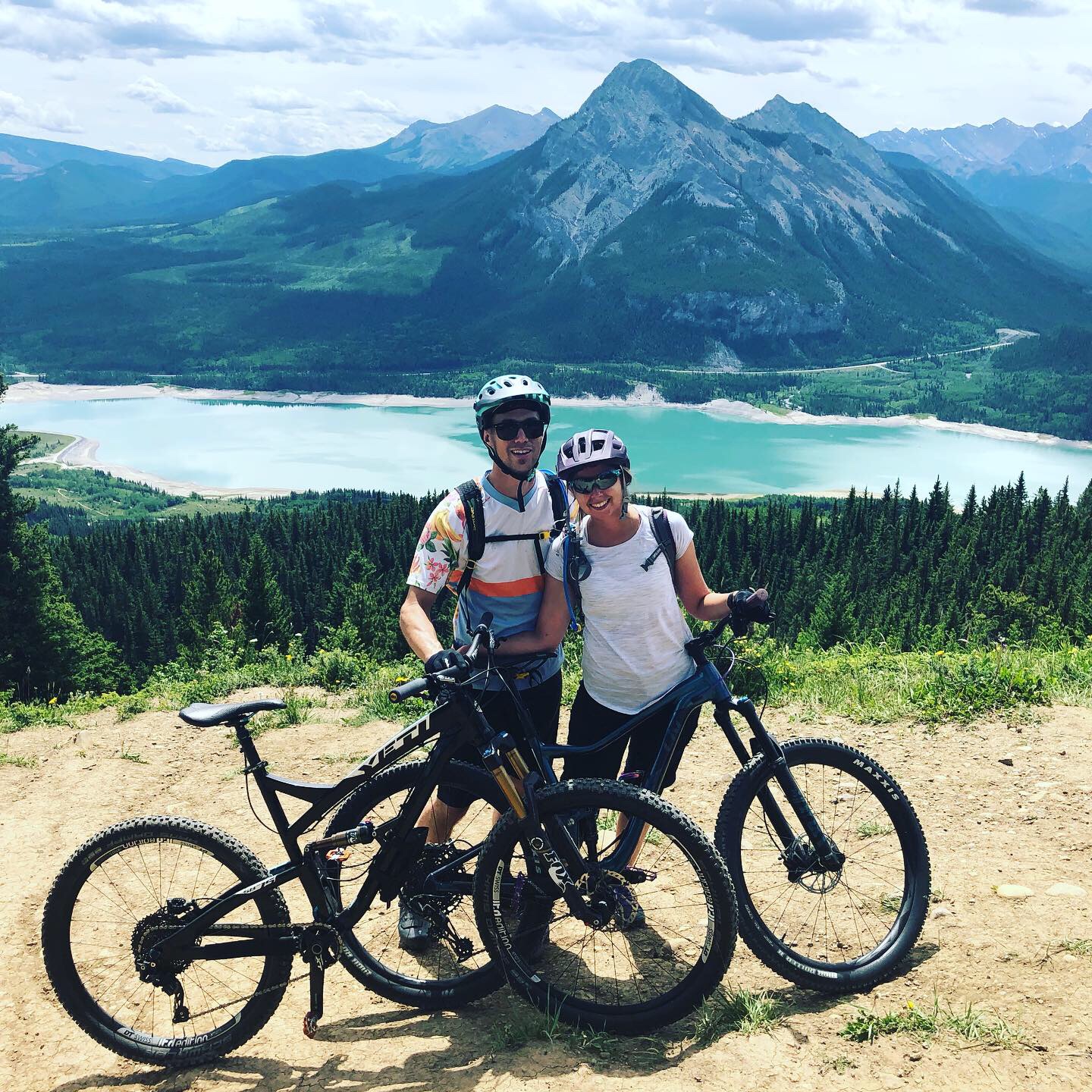 Carroll and her partner biking in the mountains, a three and a half hour drive from Medicine Hat.

"Alicia previously worked in day care, but she saw the move as an opportunity for a career change."