“That’s one of the reasons that's kept us here, is the excitement for growth in the city.” - Stephanie Power.

Stephanie Power and her partner are originally from the east coast and moved to Medicine Hat in 2015 when they both found jobs as social workers, hers with Alberta Health Services, and his with the Government of Alberta.

The number of locally owned cafes, breweries, restaurants and shops in the community inspired them to stay and experience the growth of the city as they grow as well.

The couple bought a house with plans to be in Medicine Hat for the long haul. They like to walk the nearby parks with a locally-brewed coffee in hand. Echo Dale, Police Point Park and Kin Coulee are a few of their favourite places.

“There’s a slower pace of life here, which we enjoy,” she says.

Power says they appreciate the 20 minute commute to get from one side of the city to another, which comes with very little compromise. Even though the community is described as a smaller city, she says it’s still full of bakeries, eateries and locally owned businesses to explore.

The affordable cost of living in Medicine Hat allowed for the couple to invest in a house in their late 20’s. Power says buying a house at this time wouldn’t be possible elsewhere.

While they enjoy their new home, they looked forward to observing how the city will expand and evolve over the years and have noticed more younger generations moving to the community.

“There are some really exciting upcoming initiatives from the city,” she says. “That’s one of the reasons that's kept us here, is the excitement for growth in the city.” 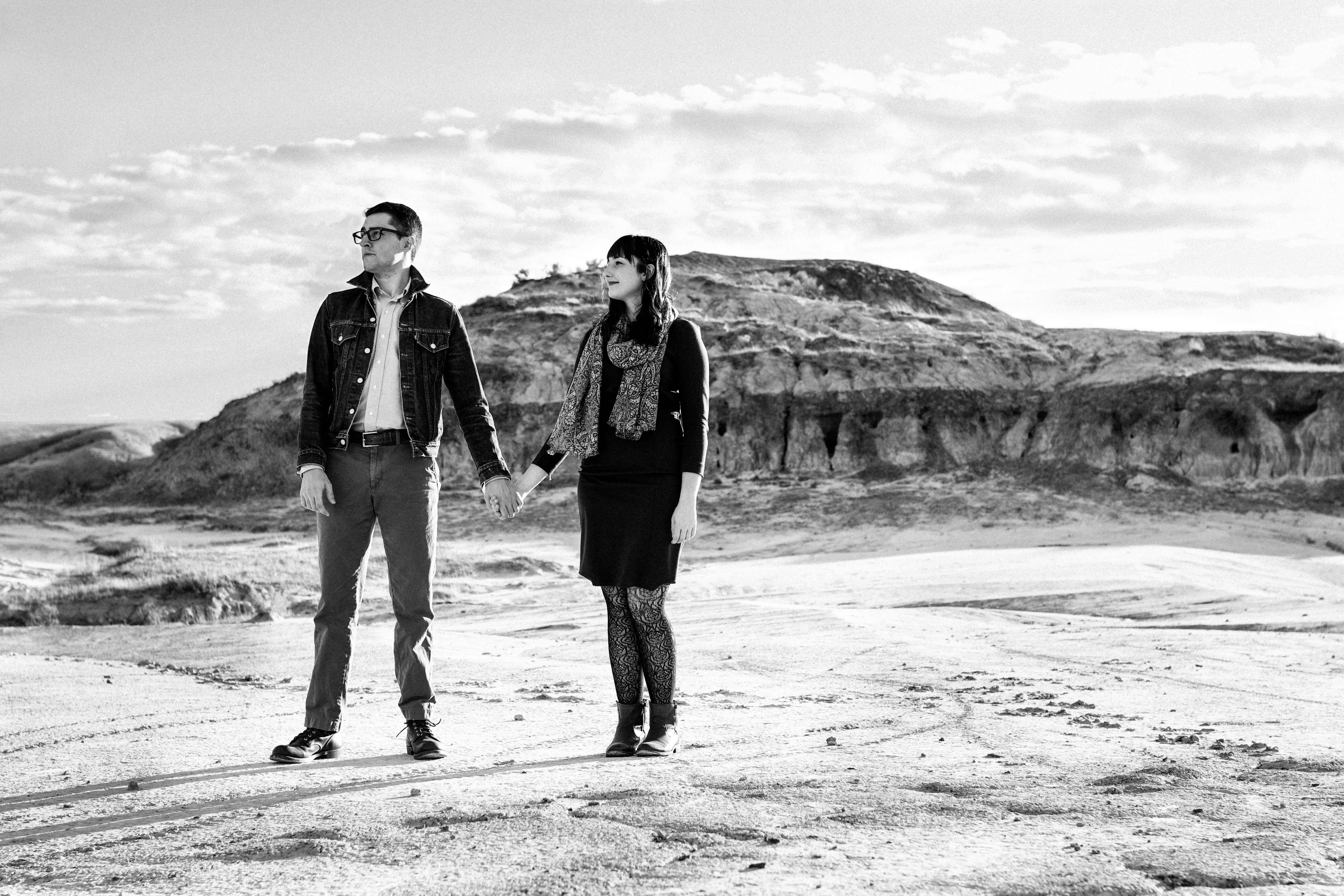 Power and her partner stand on the Badlands located just outside of Medicine Hat. Badlands are a type of rocky terrain with softer rocks and clay-rich soils, and is home to the largest remains of dinosaur bones in the world.

“My kids also love the parks here. There is one about six houses down from us, and then at least five other parks in the area that are within walking distance."