"It’s one of the nicest places we’ve lived." - Kerry Knowles

Kerry and Phil Knowles moved to Ralston, Alberta in July 2013, when Phil worked with the military base. In October 2015, they made the final decision to buy a house in Medicine Hat, because they loved the city so much.

“It truly is Canada’s Sunniest City. It always makes you feel so happy when the sun is out. It’s one of the nicest places we’ve lived,” says Kerry.

Kerry and Phil have lived in Germany, Northern Islands, Scotland, Wales, Cyprus, and England, and Medicine Hat is where they plan to retire. They walk the trails with their dogs, attend the many events around the city, and escape to the country to appreciate the peace and quiet.

“There are so many nice trails here. And I will never get over the wildlife. Even in our backyard, we’ll see deer daily, and at least two moose once a year. It’s such a beautiful city.”

Kerry knows all her neighbours, and everybody says hello to each other when she and Phil walk their dogs. She says the people in Medicine Hat are friendly, and it’s always fun getting to know new faces.

“People don’t put their heads down and keep to themselves here, and we love that. Everyone here is up for a chat, and I think that is so nice,” says Kerry.

Kerry loves the fact that it may be cold in the winter, but it’s always blue sky and sunshine. There is minimal traffic, where her commute to work is now only seven minutes. In previous cities she’s lived in, it’s been as long as 45 minutes.

“We absolutely love Medicine Hat, and it’s so welcoming. It’s so nice to walk around, even going downtown and seeing all the artwork on the walls — it really is a gorgeous city.” 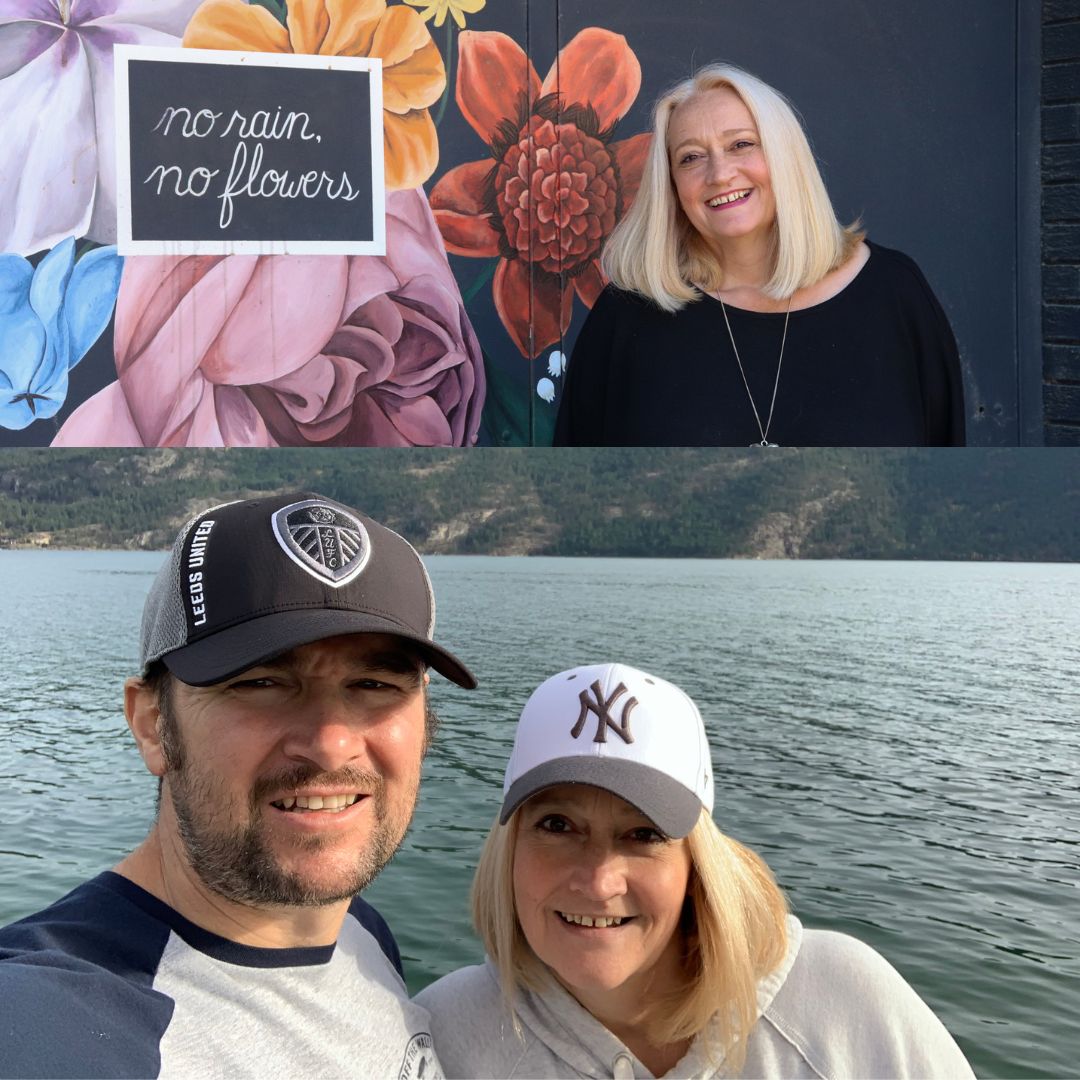 Kerry and Phil enjoy the outdoors and art scene in Medicine Hat. This "No Rain, No Flowers, mural can be found on fourth street in Medicine Hat's Historic Downtown.

“Honestly, when we first came here, we’d never heard of Medicine Hat. It was one of those places you drive through to get somewhere else. But, our first day here there was the Spectrum Sunshine Festival happening, and it was a beautiful sunny day. We realized really quickly there was more to the city,” says Lofgren.