10 signs it's time to move to a new city

With a whole world out there, new experiences call our name; some are temporary and some are permanent. The key is truly knowing when it’s time to find a new city to call home. Here are 10 signs it’s time to move to a new city.

1. You see yourself being a part of a community that supports you.

Feeling supported is one of the easiest ways to grow and evolve in anything we do, and living in a community that where the feeling of support is noticeable is an important factor. When Shae Fedorak moved to Medicine Hat in the middle of her high school experience, she was pleasantly surprised to be welcomed with open arms. Now graduated, she's started a photography business that she says has received endless support from the community. Read her story here.

2. You’re looking for a fresh start with new people and new ideas.

A city that meets more than one need, especially as we grow and evolve, gives us many experiences. No matter the reason, a move can open many doors for those who are ready. When Michelle Amos and her husband moved to Medicine Hat, they were happy to experience a friendly and eventful community. Read their story here.

3. You're constantly playing catch up with your bank account.

A city that allows us to save, while we also live in a comfortable and clean home, creates more space for enjoyment. Ben Coxson and his wife were able to purchase a house when they moved to Medicine Hat, something they say wouldn't have been possible if they stayed living in the bigger city. Read their story here.

Medicine Hat is known to have lower property taxes and utility rates compared to other cities in Alberta, but most importantly, Medicine Hat’s average housing sale price is $353,741, which was based off the Medicine Hat Real Estate Board Statistics in March 2021.

4. Enjoying your time spent in the city you live in sounds intriguing.

Medicine Hat is known to be the sunniest city in Canada. For those who love warm weather, the outdoors is extremely inviting during all seasons. There are 155 kilometres of trails that can be biked, walked, ran or rollerbladed. Dogs are also frequently seen with their families on the city trails. For those who love to golf, the season can start as early as March, and go until October. Talitha Murengi, her husband and four children love to explore all the parks, pathways and nearby attractions in Medicine Hat. Read their story here.‍

5. You’d like to be in a city that prioritizes the outdoors.

The outdoors brings such a positive impact on our mental and physical health. An accessible pathway or park is always nearby with open arms for a Hatter to enjoy underneath the blue sky. Prav and Belle Grewal missed the trails when they moved from Vancouver to Kingston. When they moved to Medicine Hat, they were thrilled to know there were 115km of trails and over a handful of parks where wildlife peacefully roam. Read their story here.

6. The current city you’re in isn’t inspiring your goals and ambitions.

There are many reasons a city might motivate and inspire us to truly achieve our goals and ambitions. Jared Libke lived in Medicine Hat during the summer when he'd play for the Medicine Hat Mavericks. He knew immediately Medicine Hat was the city he wanted to live in full-time while he pursued his goal of being a part of the baseball community. Read his story here.‍

7. You’d like to do more things that bring you happiness and motivation.

Allowing ourselves to create balance between hard work and mindless play brings a new essence of happiness, and it can strengthen our overall quality of life. Allison Carroll joined the 670 Mountain Bike Club when she moved to the city, and little did she know, this is where she would meet many friends and her partner. Read her story here.

When there is collective support in a community, and when we read the words of local citizens and observe them transform and establish themselves, it brings comfort knowing we’re capable of living those same lives in that same community. Rob Pape moved to Medicine Hat to work in the oilfield, and he now finds himself married and the executive director of the Medicine Hat Folk Music Club. Read his story here.

9. You want to pursue major growth in your career or start a new one.

A big strength is realizing what a place has offered us, and then knowing when to take the next step to continue to grow, especially career wise. Ian and Carrie Sand opened their business, Moose and Squirrel Artisan Village, one year after moving to Medicine Hat. Their love for the historic buildings and beautiful scenery in downtown Medicine Hat inspired them to start the new business venture since their move from British Columbia. Read their story here.‍

10. You yearn to be somewhere you’re proud of.

When telling someone about the joy in our life, that feels good. What feels better is when we truly believe what we’re saying. When looking at our life, to know if we’re fulfilled in this present moment will ultimately tell us if it’s time to move. When Angelica Zarichny and her husband moved to Medicine Hat for work, even their friends noticed a change in their overall happiness. Angelica says Medicine Hat is the best place she's lived in all her life. Read her and her husband's story here. 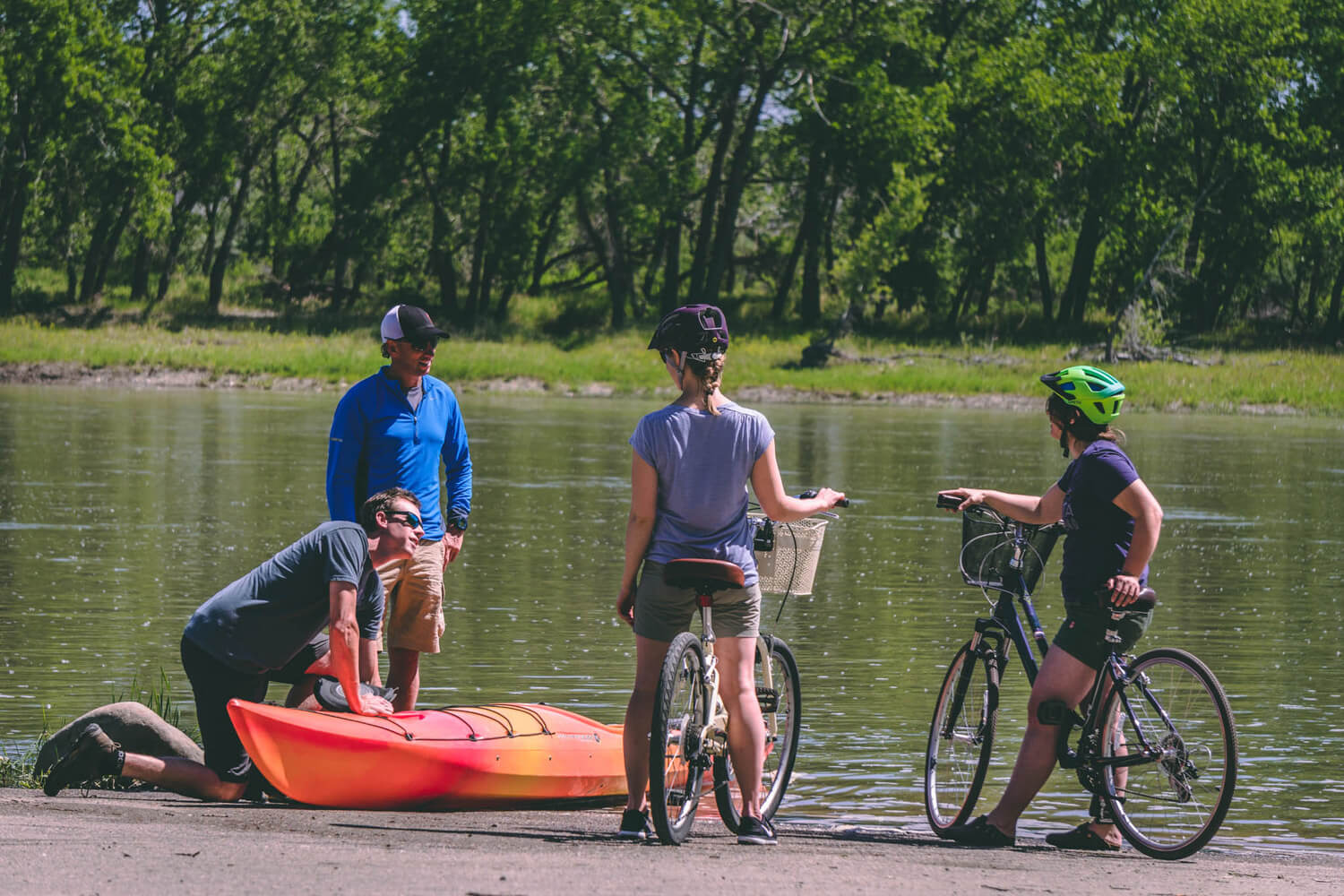 Medicine Hat is one of the best communities in Canada, according to Maclean’s Magazine.

The most epic moving checklist in the history of checklists

Ensure a seamless, stress-free move where nothing is left behind - so you can start enjoying your new city.